As darkness fell, southern Indiana was pounded yet again by powerful storms. Tornado sirens were wailing and citizens were advised to take shelter immediately. In Warrick County, school activities were cancelled and most Wednesday night church services were as well as residents battened down the hatches and waited to see what the latest severe storm would bring. I was told that right as 90 to 105 mph wind gusts ripped through, the power went poof! At least 20,000 homes rode out the storm in utter darkness as the wind howled and houses were hammered with blowing debris. Thursday morning, Boonville, Indiana, residents awoke to downed power lines, trees on roofs, trees squashing houses, trees ripped from their roots and overturned. Decks, patios, missing siding, and chunks of roofs, as well as other debris was scattered on lawns, sidewalks and streets. Yet thank God they were fortunate for no one died. Haubstadt, Indiana, had the most damage. Evansville was slammed too. Not much was said about Boonville, but it appears to have been hit pretty darn hard! (Warning: I’m not much of a photographer) but here’s a little tour through Boonville, Indiana, a small town of good-hearted people 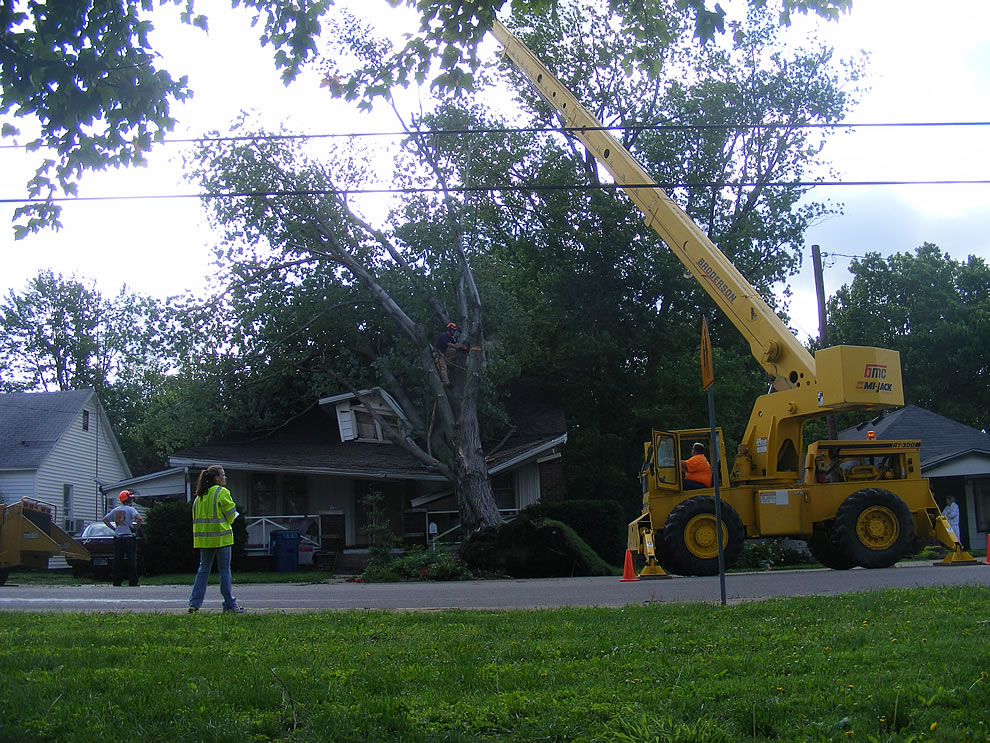