26 views from deep inside waves


ABOUT SIX YEARS AGO, while surfing alone at sunrise on a flawless winter morning, I had a bizarre revelation: I came to the conclusion that I’d rather be taking pictures of these waves than trying to ride them. Insane. I know. I was paddling out, the sun had just risen over the mountains to the south, and as I went to duck-dive under an approaching wave I turned my head to the left and watched the sun’s reflection bend and morph up around the lip, creating this golden orb.
The remainder of the day was spent thinking about that image; it was burned into my mind. I eventually bought a water housing (which looks like a pistol with a small shoebox attached to it), put my camera in it, and started swimming and shooting. Sunrise after sunrise, winter after winter, I spent many a cold morning by myself out in the water hunting these barrels. The following is a collection of some of the waves I’ve captured over the years.
Locations are listed in the captions. For the Newport Beach ones I’m withholding the name of the exact beach because it took me two years to discover, and a lot of early mornings to get it. Hope you understand.
Oh…and as many people ask, I do still surf, it’s just that when it gets good I go grabbing for my camera instead of my board. 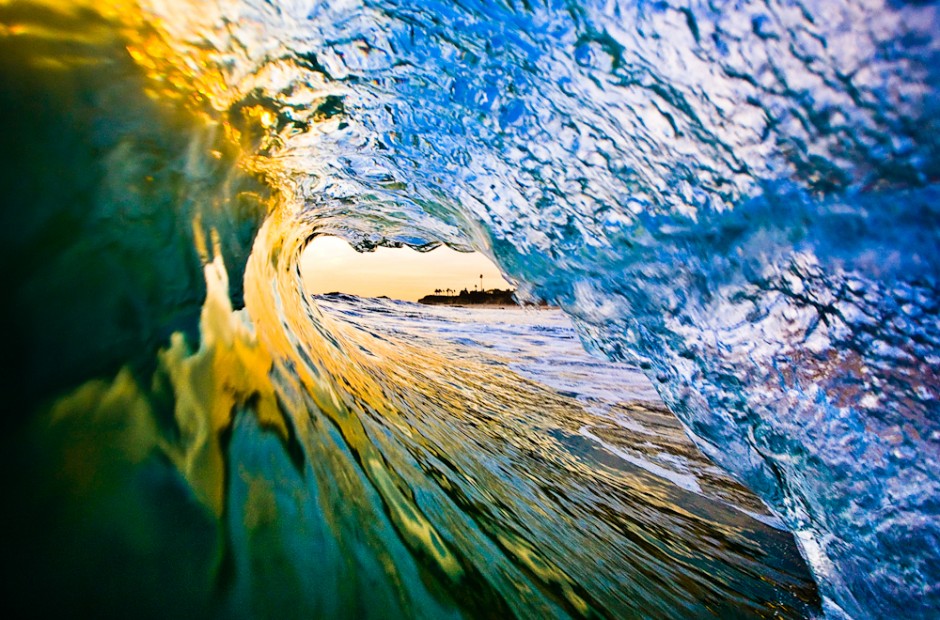 Full post: 26 views from deep inside waves
Email ThisBlogThis!Share to TwitterShare to FacebookShare to Pinterest
Posted in: Environment, Nature