Coronado and the Seven Cities of Cibola


Myths of lost cities of gold were a staple of early European exploration in the western hemisphere, particularly among Spanish explorers looking to stumble upon New World riches beyond their wildest dreams.  None of these mythical locations ever panned out, of course, but that did not stop countless explorers and soldiers from searching for them, losing much expenditure money and many lives in the process.  The most famous of these mythical cities was South America’s El Dorado, a name which itself has become a cultural metaphor for any sort of ultimate prize.  North America had its own such myth in the fabled Seven Cities of Cibola (analogous in a way to the  silver-laden seven cities of Antillia, a phantom island in the North Atlantic reputedly inhabited by Portuguese bishops and their followers back in the 8th century).
The story of the Seven Cities was based upon rumours that emerged in newly-conquered Mexico during the 1530s.  Led by Álvar Núñez Cabeza de Vaca, the four remaining survivors of the 600-man-strong 1527-28 Narváez expedition to Florida, which had shipwrecked on the coast of Texas and whose members had been captured by local indigenous people, had escaped capture in 1532 and inaugurated a four-year-long journey on foot that saw them wander across what is now the southern United States. The four men travelled from tribe to tribe as traders and faith healers, slowly making their way west across what is now Texas, Nuevo Leon, Coahuila, Chihuahua, New Mexico, Sonora, and finally Sinaloa, where in 1536 the four men made contact with Spanish soldiers - soldiers on a slave trading and looting mission that promptly captured the native people travelling with the four survivors.  Out of the reports the four survivors gave about the lands they had inadvertently explored came a story told to them by native people of seven cities laden with gold, located far to the north on the other side of the Sonoran Desert. 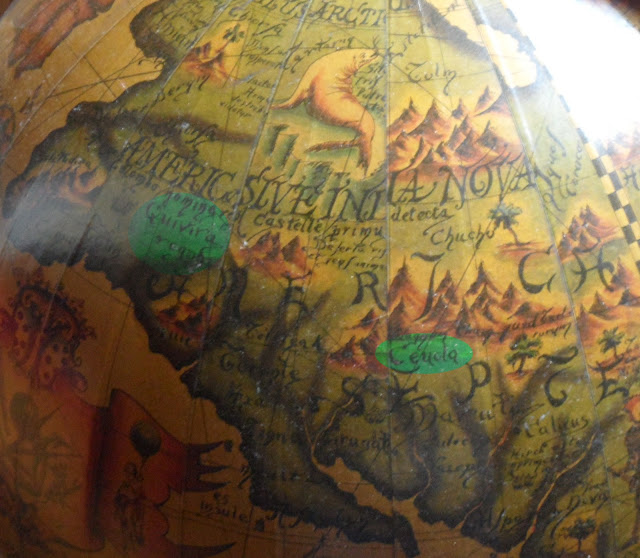 Full post: Coronado and the Seven Cities of Cibola
Email ThisBlogThis!Share to TwitterShare to FacebookShare to Pinterest
Posted in: Varieties