How Computers Have Actually Fueled Our Dependency on Office Paper


In 1975, a prediction was made that the digital revolution would lead to a paperless office. Since then, however, our usage of paper has actually increased. According to market research firm InfoTrends, over one trillion pages of office paper are printed, copied and faxed in a year. And most of what is printed is redundant – printed, read, discarded, but also stored on a hard drive. There are many costs to using paper beyond the initial purchase, including storage, ink and mailing, which could be eliminated in a purely digital age.
We owe a lot to paper. Without paper, our society could not have developed as it has done. As the knowledge about how to make paper spread throughout the world, literacy rates increased. The printing press took paper and made books available to more people. In the late 1600s and early 1700s, the first newspapers appeared, increasing our ability to communicate even further. And as communication became easier, so too did the spreading of ideas.
Early European parchments were made out of animal skins, an expensive resource; for example, it took 300 sheep to print just one Gutenberg Bible! Around 1,500 years earlier, however, the Chinese had discovered a process for developing paper from rags, hemp and old fishing nets, surely a much less wasteful option. Eventually such ideas caught on in Europe, and for 700 years, recycled rags were the primary material used in paper making. But, supply outgrew demand, and a new fiber source was needed. Enter wood pulp, something the New World had in abundance. 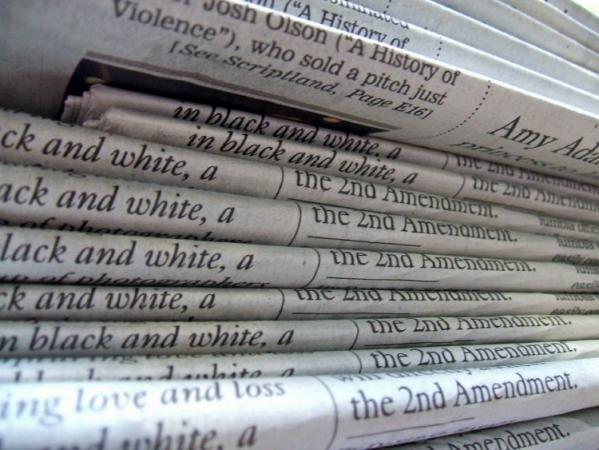 Full post: How Computers Have Actually Fueled Our Dependency on Office Paper
Email ThisBlogThis!Share to TwitterShare to FacebookShare to Pinterest
Posted in: Technology, Varieties