Water is one of our most essential resources, but it can also pose a deadly threat. The Netherlands is a classic example of a place where water can prove both beneficial and hazardous to people. Built mostly below sea level, the country is dependent on a series of dikes and other man-made defenses, as well as natural dunes, that keep water from the North Sea and the country’s three major rivers (the Rhine, the Meuse and the Scheldt) at bay. Currently, the network of defenses is designed to protect the coast against a 10,000-year flood – that is, a flood that has a one in 10,000 chance of breaching the country’s weakest barriers within any single year. Yet global warming is increasing the odds of a breach that could lead to a flooding disaster.
In 1953, flooding in the Netherlands broke through dikes in the south of the country, killing over 1,800 people as well as tens of thousands of animals. The Dutch fought back, however, refusing to abandon their land. They planned an enormous system of dams and dikes working alongside canals, sluices, locks, pumps and storm surge barriers. Known as the Delta Works, the project needed to be designed not only to keep out the water, but also to do so in a way that didn’t disrupt the local saltwater ecology or harm the livelihoods of the fishermen who depended on it. To achieve this, the storm barrier across the Oosterschelde estuary was engineered to not allow seawater in unless the sea level was predicted to rise by at least three meters. 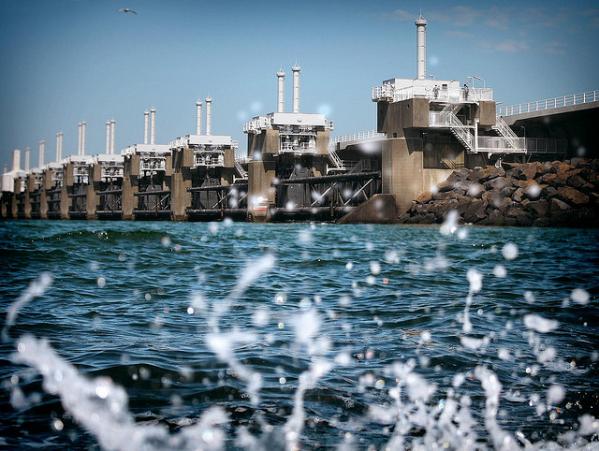 Full post: How the Dutch Are Facing the Threat of Flooding Due to Global Warming
Email ThisBlogThis!Share to TwitterShare to FacebookShare to Pinterest
Posted in: Environment, Nature