Hair is very important to women, who generally use it to highlight their features, but for the women of the ethnic Yao people of Huangluo Village, China, hair is their most prized possession.
Located in the Longji Scenic Are of Gulin, China, Huangluo Village numbers around 82 households of Red Yao ethnics, who get their name from the traditional red clothing. Like many other Chinese villages, Hunagluo enjoys very attractive natural surroundings and has plenty of ancient traditions to keep tourists entertained, but the most fascinating thing about it is the women’s obsession with long hair. In fact, the Yao settlement has received a Guinness certification for the “world’s longest hair village” and is also known as the “Long Hair Village” across China. Considering the average hair length of the 120 women in Huangluo is 1,7 meters and the longest locks exceed 2.1 meters, I’d say its reputation is well-deserved. 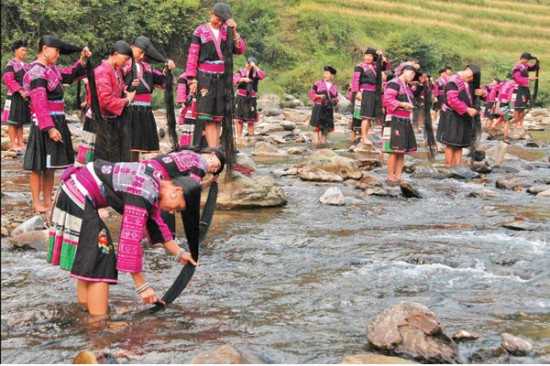