The Lençóis Maranhenses National Park located in Maranhão state, in northeastern Brazil, is one of the most marvelous and unique places in the world. An area encompassing about 1000 square kilometers of white silky sands intercepted at regular intervals by endless cool oases of turquoise lakes.
At first glance Lençóis Maranhenses looks like an archetypal desert. In fact it isn't actually a desert just like the Tottori Sand Dunes aren’t. Lying just outside the Amazon basin, the region is subject to a regular rain season during the beginning of the year. The rain water accumulates in the valleys in between sand dunes and forms clear blue and green lagoons that reach their fullest between July and September. The area is also surprisingly home to a variety of fish which, despite the almost complete disappearance of the lagoons during the dry season, have their eggs brought from the sea by birds. Mangroves, deserted beaches, buritis - a graceful kind of palm tree - and the Preguiças River help compose the park's diversity. 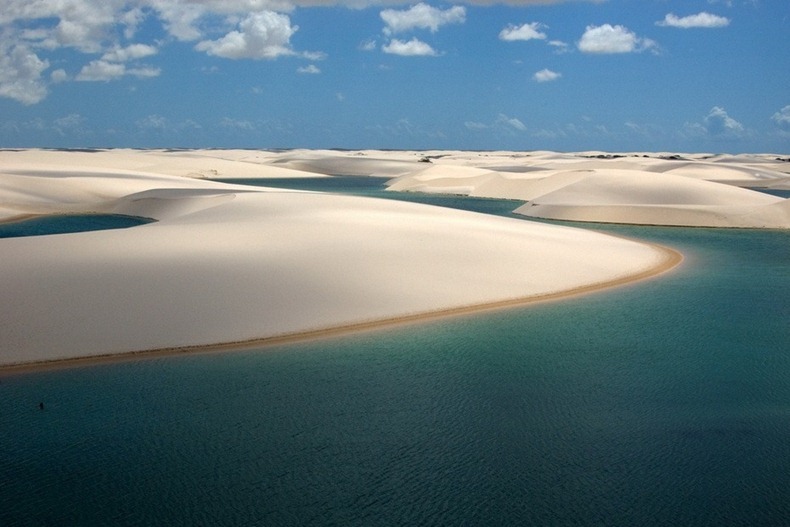