A birds-eye view of France's Mont-Saint-Michel comes courtesy of the Pléiades satellite, which snapped the island on May 3.
Until the end of the 19th century, no bridge spanned the expanse between Mont-Saint-Michel and the mainland, so the tiny islet was accessible only at low tide.
The image, recently released by the European Space Agency, shows where water meets mud flats, with multiple channels interwoven into the mud.
The Pléiades project will soon comprise two separate satellites: the veteran Pléiades 1A, launched in December 2011, and its identical twin Pléiades 1B, slated for launch later this year.
(See "Pictures: Satellite Views of Canada's Oil Sands Over Time.") 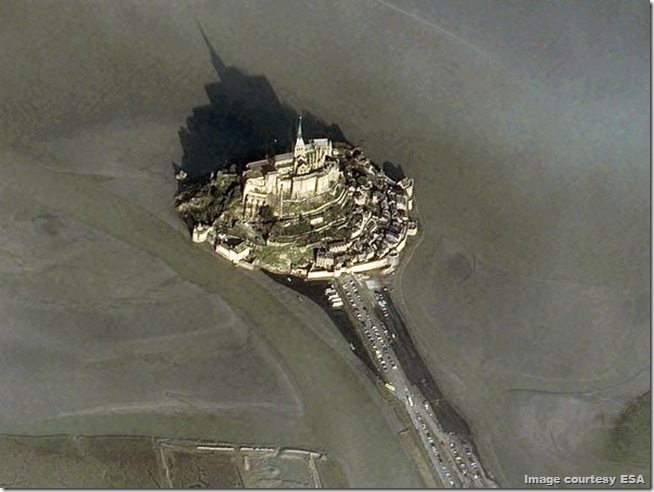