Old Dragon’s Head: Where The Great Wall of China Meets the Sea


The Great Wall of China is one of the most amazing piece of architecture and the most ambitious building project ever attempted in the history of mankind. Construction of this formidable defensive structure, built to ward off invasion and to protect the Chinese Empire, goes back by more than two thousand years to the the 7th century BC during the Chunqiu period. Especially famous is the wall built between 220–206 BC by the first Emperor of China, Qin Shi Huang. Little of that wall remains. Since then, the Great Wall has on and off been rebuilt, maintained and fortified. Construction continued up to the Ming dynasty (1368–1644), when the Great Wall became the world's largest military structure.
One of the more interesting places to visit The Great Wall is where it meets the Bohai Sea near Shanghaiguan in Qinhuangdao City about 300 kilometers east of Beijing. Shanhaiguan or Shanhai Pass is one of the major passes of the Great Wall of China located south of Yan Mountain, and north of the Bohai Sea. The Wall extends 5 kilometers north of Shanhai Pass where it juts into the sea. This is where The Wall starts (or ends depending on how you look at it) and from here it stretches to Lop Lake in the west, along an arc that roughly delineates the southern edge of Inner Mongolia – a length of approximately 8,850 km. 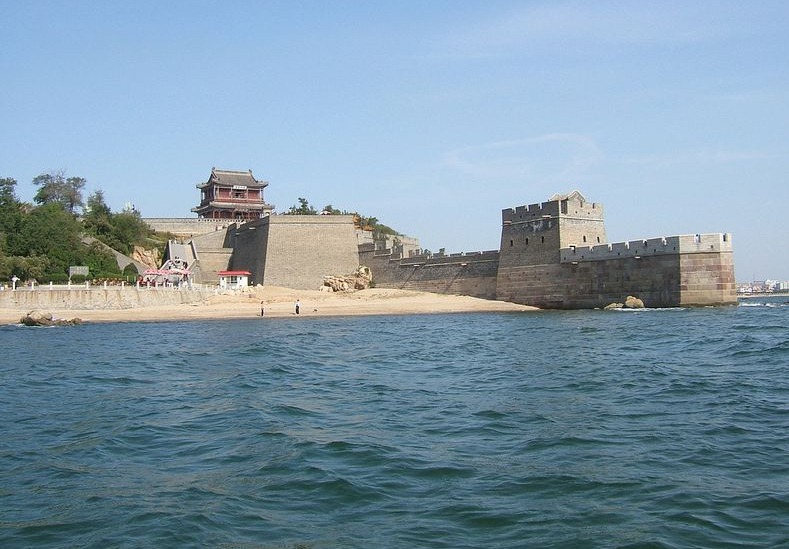 Full post: Old Dragon’s Head: Where The Great Wall of China Meets the Sea
Email ThisBlogThis!Share to TwitterShare to FacebookShare to Pinterest
Posted in: History, Varieties