The Solar Powered Boat that Circumnavigated the World


On Septebmer 27, 2010, the MS Turanor PlanetSolar set sail from the port of Monaco. The goal? To become the first solar-powered ship to circumnavigate the globe.
On May 6, 2012, 587 days, 28 countries, 3 oceans, 11 seas and 60,006 km later, the PlanetSolar team achieved just that. Below you will find out more about the world tour, the crew and further details about the largest solar powered boat in the world. 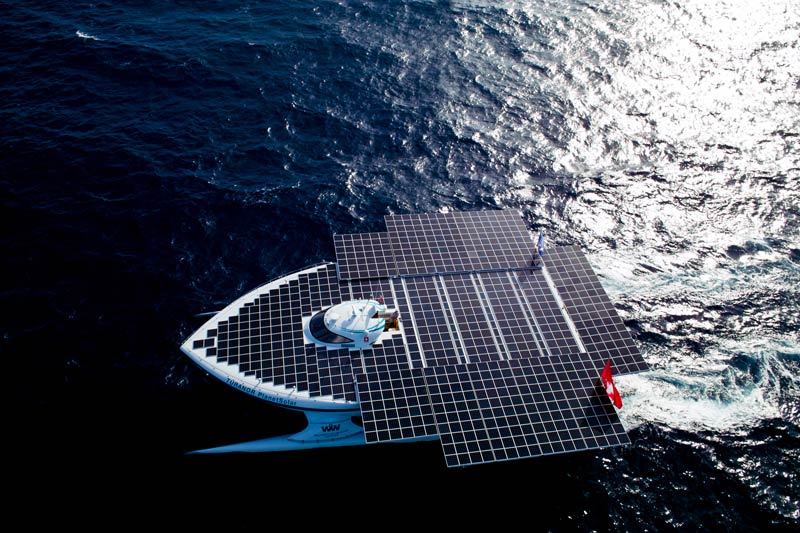 Full post: The Solar Powered Boat that Circumnavigated the World
Email ThisBlogThis!Share to TwitterShare to FacebookShare to Pinterest
Posted in: Technology, Varieties