The Zanclean Flood: Refilling the Mediterranean


While the Mediterranean Sea is one of the cradles of ancient human civilisation, geologically the water body is rather young geologically, approximately 5.33 million years old.  Researchers have found that this figure marks the date of the Zanclean flood, an epic breach of the Strait of Gibraltar that turned the desiccated Mediterranean basin into a sprawling arm of the Atlantic Ocean in a matter of a few months to perhaps two years.  To understand how the Mediterranean filled, one must travel back much further than 5.33 million years ago, however.
The Mediterranean Sea is the descendant of the ancient Tethys Ocean, the ocean that separated the Eurasian continent to the north from Africa, Arabia, and India to the south.  Formed in the aftermath of the breakup of Pangaea, the Tethys emerged 150 million years ago as the north/northeasterly movement of Africa, Arabia, and India began pinching off a portion of the great Panthalassic Ocean that covered most of the planet at this time (the rest of Panthalassa essentially became the Pacific Ocean). 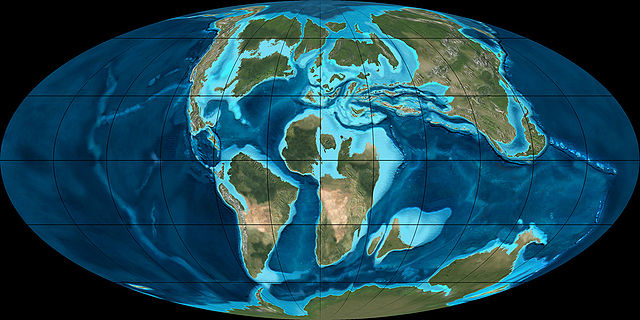 Full post: The Zanclean Flood: Refilling the Mediterranean
Email ThisBlogThis!Share to TwitterShare to FacebookShare to Pinterest
Posted in: Environment, Nature