9 AWESOME IMAGES OF VOLCANOES AS SEEN FROM SPACE


Spouting fire and noxious gases, volcanoes have alternatively inspired and frightened people since the dawn of time. There’s the epic Santorini eruption of Greece in 1650 B.C. that killed millions and is thought to have wiped the Minoan civilization off the planet. Mount Vesuvius erupted in 79 A.D., famously burying the cities of Pompeii and Herculaneum in 75 feet of ash. In 1883, as much as two thirds of the island of Krakatau in Indonesia was blasted 75,000 feet into the atmosphere when a volcano erupted.
Now, thanks to the various Earth-observing satellites of NASA, we can see epic eruptions as never before. Here are nine images of volcanoes as seen from space. (Text: Katherine Butler) 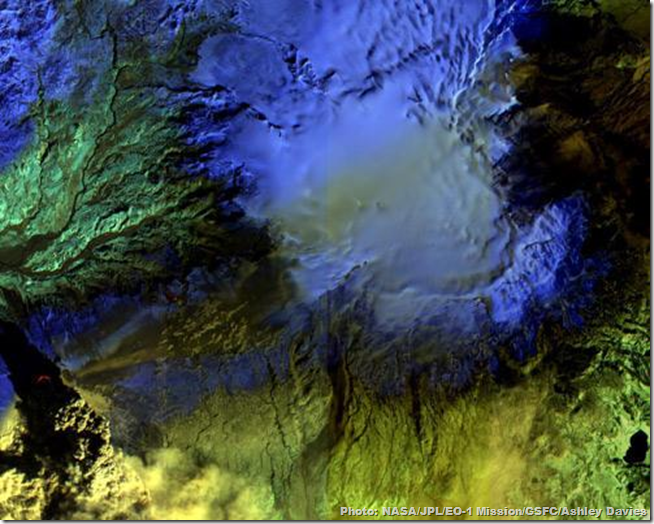 Full post: 9 AWESOME IMAGES OF VOLCANOES AS SEEN FROM SPACE
Email ThisBlogThis!Share to TwitterShare to FacebookShare to Pinterest
Posted in: Environment, Nature