london-based architecture firm foster + partners have officially completed the mclaren production center, the second building designed for the company
located by the rural fringe of london. the 34,5000 square meter facility will contain all future mclaren road vehicles. the assembly plant is a state-of-the-art production space which is connected to the existing technology center via an underground walkway which exhibits interactive installations.
both buildings share a common language in architectural details and materials with aluminum cladding tubes and a circular glass drum
mimicked beneath the overhang of the roof canopy.
the new structure is designed for efficiency and sustainability. the lower levels use the excavated soil from the site to conceal itself from the nearby
road carving itself into the landscape. the roof collects rainwater and has the ability to have photovoltaic panels integrated in the future.
the space is flexible in comparison to other modern manufacturing facilities with a wide span between columns and ceramic flooring.
acting more like an operation theater than a factory, the linear organization follows the flow of the production line showcasing the technology
of the plant and the system of networks where the components are delivered, assembled, painted, tested and finally detailed. 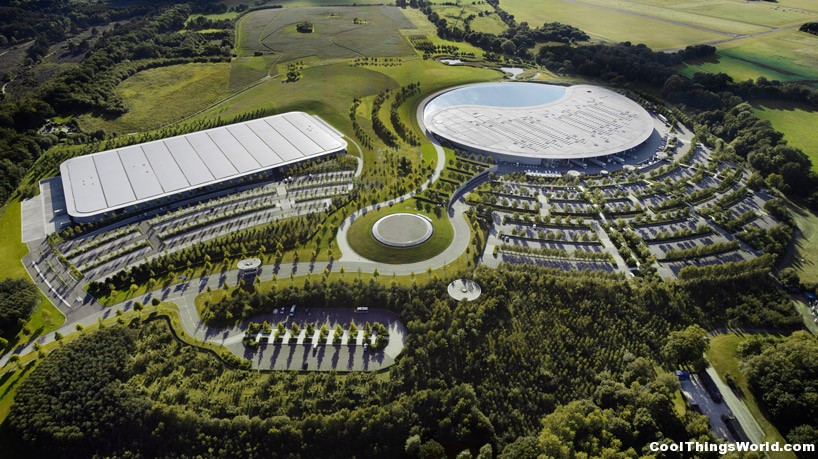