Houses Built on Roof of Shopping Mall in China


Spotted atop the Jiutian International Plaza, a shopping mall in Zhuzhao, China, are four villas (still under construction) fully equipped with electricity and water. The images have been circulating online and people have been speculating whether they are legal dwellings and if the properties are for sale.
According to China Daily the buildings will be offices for the shopping mall developer’s 160 real estate management employees. Officials have also confirmed that the developers obtained proper approval for construction.
Zhuzhou along with 33 other cities were selected as ‘national-level garden cities’ by the Government in 2008. As part of the initiative, one of the rules, introduced in 2011, requires green rooftops with living vegetation on buildings that have fewer than 12 floors, are shorter than 45 meters and were built within the 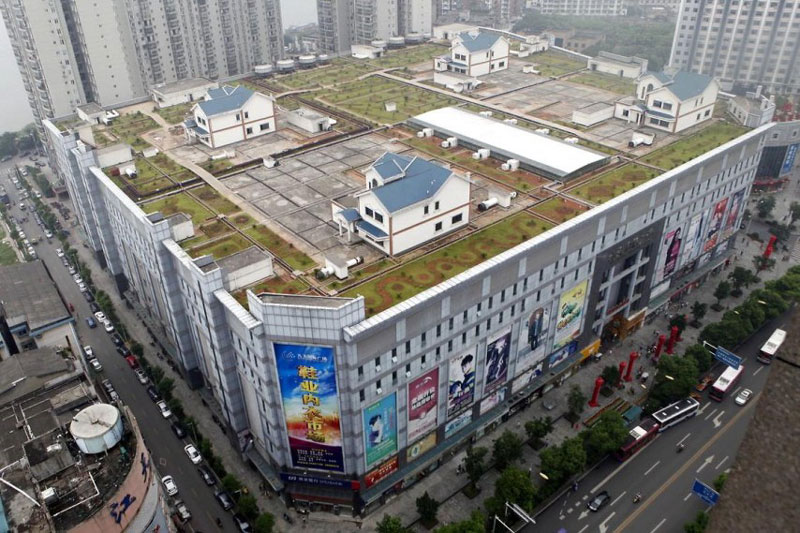 Full post: Houses Built on Roof of Shopping Mall in China
Email ThisBlogThis!Share to TwitterShare to FacebookShare to Pinterest
Posted in: Photography