Once upon a time, or around 1580, while cutting a path through the thick Cambodian jungle, Portuguese missionaries came upon huge towers carved into rocks that were in ruins and covered in roots and vines. Continuing on, they discovered an ancient lost city that was twice as large as Manhattan and that nature was trying to swallow. The missionaries had discovered abandoned Angkor Wat—the 500-acre site is one of the world’s largest religious monuments and the most elaborate of the Angkor’s temples. There are more than 1,000 Temples of Angkor which were built from the 9th to 13th centuries during a time when the Kingdom of Cambodia was one of the most powerful civilizations on the planet. There were rarely any inscriptions found in later centuries after 1431, when Angkor was seized by the Thai army. During its prime, as many as 750,000 – one million people lived in Angkor, making it one of the greatest vanishing acts of all time. Archaeologists now know that Angkor Wat and many of its surrounding structures were built to appease “devas” and “asuras” which are angelic demi-Gods of the Hindu religion. Thousands upon thousands of these demi-god beings are carved into every single rock temple at the site. Both Tomb Raider and Indiana Jones Temple of Doom were filmed here. 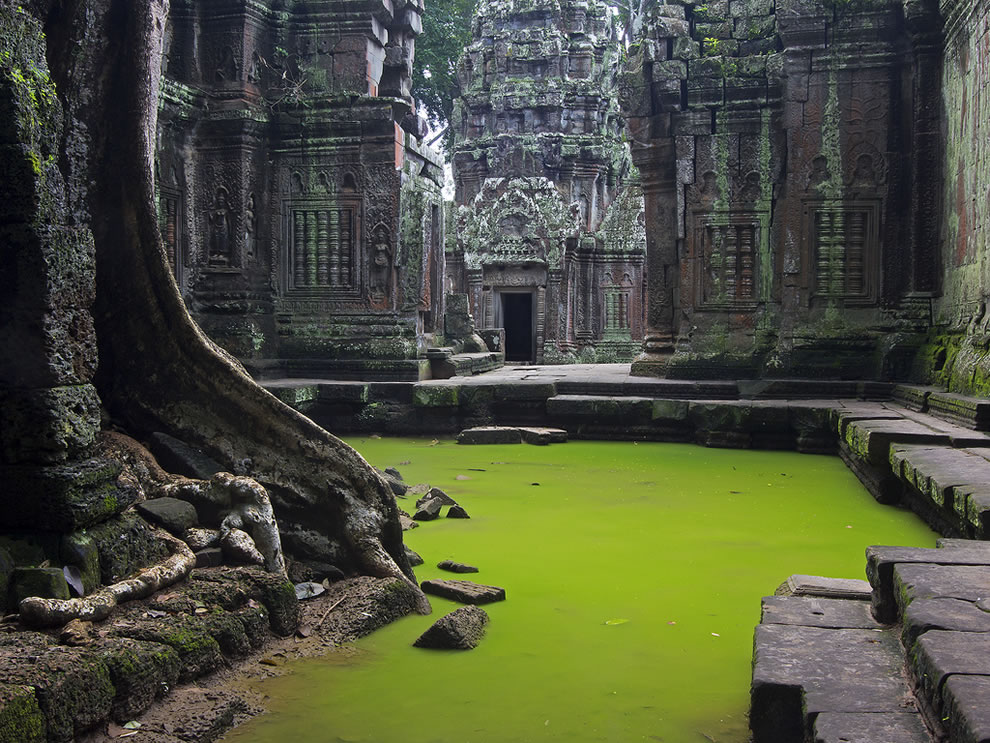 Email ThisBlogThis!Share to TwitterShare to FacebookShare to Pinterest
Posted in: Varieties, World wonders