Tropical Islands Resort is an artificial tropical resort located about 60 kilometers south of Berlin and is housed within the largest free-standing dome in the world. This massive airplane-hanger-like structure is 360 meters long, 210 meters wide, 107 meters high, and is supported by 14,000 tons of steel. It is large enough to host 8 entire soccer fields. Even the New York Statue of Liberty (93 meters) could stand upright in it, and the Paris Eiffel Tower (322 meters) could lie in it. The Dome offers enough space for the skyline of Berlin's Potsdamer Platz including the Sony Centre, the gatehouse and the Daimler Chrysler skyscraper.
At 5.5 million m³, it is one of the largest buildings on Earth by volume, and is the world's largest single hall without supporting pillars inside. The structure was commissioned as an airship hangar in November 2000, but the airship it was intended to house – the CL160 – was never built. The company went bankrupt in mid-2002. Two years later, Tropical Islands Resort was opened. 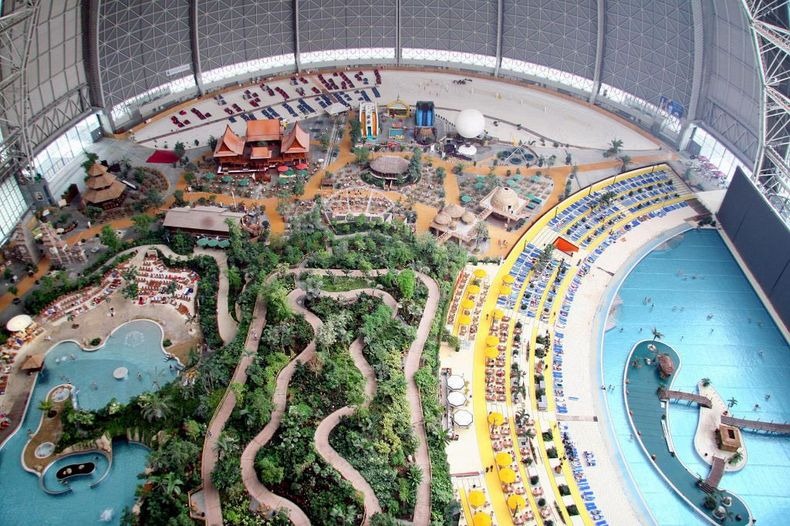