Standing on the shore of Lake Turkana, you would be almost forgiven for believing you are at the seaside. There is swell in the waters, a sandy beach, and waves are lapping up to it. A fierce wind is blowing and fisherman boats are moored nearby, ready to go. But this no sea, it’s Lake Turkana – the world's largest permanent desert lake and largest alkaline lake in the world covering an area of about 7,000 sq km. The local people call it the Jade Sea because of its breathtaking turquoise color.
Lake Turkana is located in the north of Kenya's Rift Valley, and fed by three rivers: the Omo of Ethiopia, the Turkwel and the Kerio. The long body of Lake Turkana drops down along the Rift Valley from the Ethiopian border, extending 249 kilometers from north to south and 44 km at its widest point with a depth of 30 meters. Between four and eight thousand years ago, the Lake stretched for more than 400 kilometers from the Omo Valley almost as far as Baringo. During this period, the Lake had an outlet, a river flowing northwestwards to join the Nile. 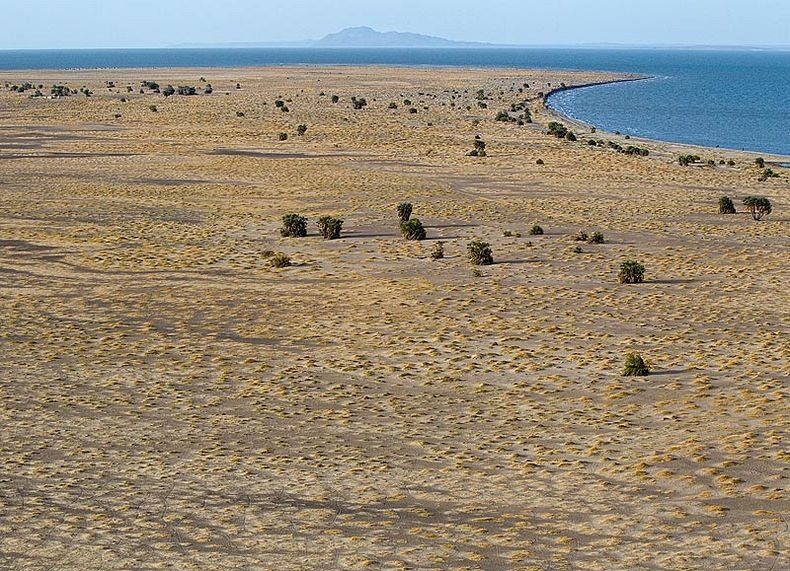