The two giant ships, a NASA-like mission control and a launch pad floating on the ocean, form part of an audacious, outrageously expensive, multi-national venture for blasting commercial satellites into space. Sea Launch was established in 1995 as a consortium of four companies from Norway, Russia, Ukraine and the United States, managed by Boeing with participation from the other shareholders. Operated by the Russians, this commercial spacecraft launch service uses a mobile sea platform for equatorial launches of payloads on specialized Zenit 3SL rockets. Since the first rocket flight on March 1999, it has assembled and launched thirty-one rockets, with three failures and one partial failure. 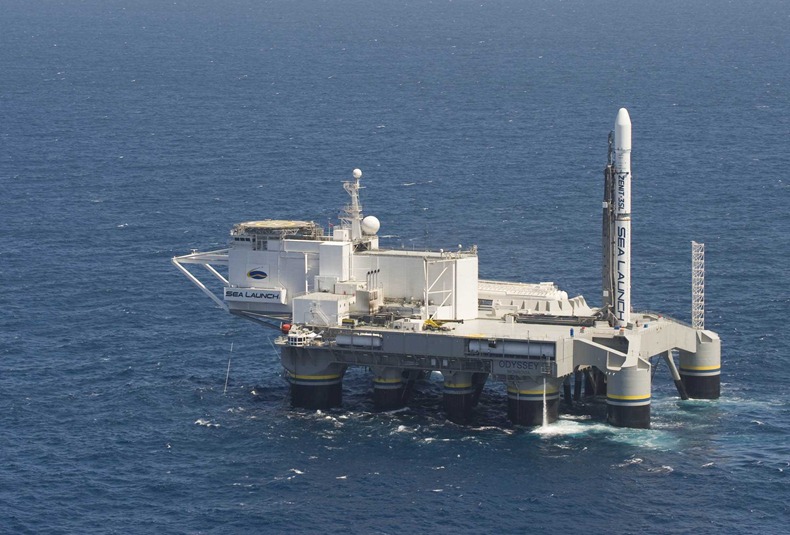