Farm Lands From Above: Aerial Photography by Alex MacLean


Aerial photographer Alex MacLean has been photographing the American landscape from his four-seat Cessna 182 ever since he got his flight permit in 1975. MacLean has a Master’s degree in architecture and began flying as a way of doing site analysis. He was soon drawn towards the aesthetics of farmland, “in part because of its natural response to environmental conditions, climates, soils and topography.” MacLean estimates he has spent about 6,000 hours in the sky photographing American farms.
“A lot of what I photograph is through discovery of seeing crops, seeing patterns,” MacLean says. “Some is calculated, an example being wheat farming in the Palouse, dry-land farming in Montana and cranberry farming in Cape Cod.” 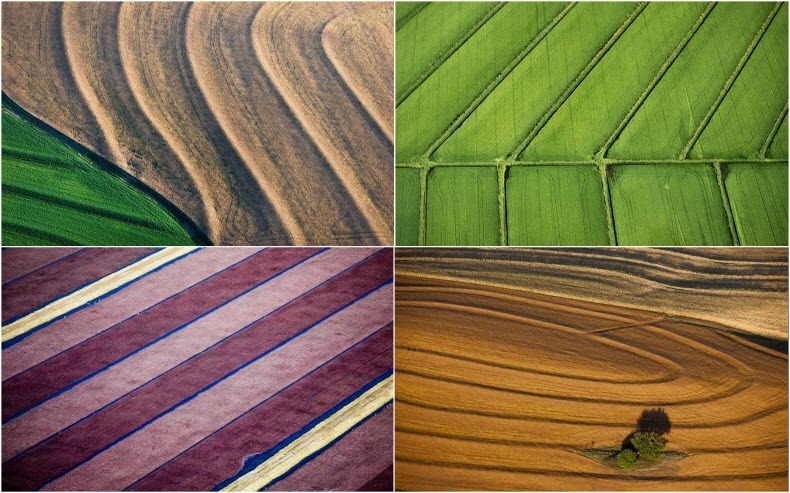 Full post: Farm Lands From Above: Aerial Photography by Alex MacLean
Email ThisBlogThis!Share to TwitterShare to FacebookShare to Pinterest
Posted in: Art