Linn Cove Viaduct is a 379 meter concrete segmental bridge which snakes around the slopes of Grandfather Mountain in North Carolina. Completed in 1987, at a cost of $10 million, it was the last section of the Blue Ridge Parkway to be finished, and considered to be one of the most challenging bridge construction.
The viaduct was built to minimize the damage that a traditional cut-and-fill road would have caused to Grandfather Mountain. Supported by seven massive pillars, the viaduct almost floats in the air without disturbing the land below. To eliminate damage to the environment, no access roads were built for transporting heavy equipment on the ground. The bridge's segments were precast at an indoor facility and transported to the bridge site, where each section was lowered into place by a custom crane placed on either edge of the existing structure. The only construction that occurred at ground level was the drilling of foundations for the seven permanent piers on which the Viaduct rests. Exposed rock was covered to prevent staining from concrete, epoxy, or grout. The only trees cut were those directly beneath the superstructure. 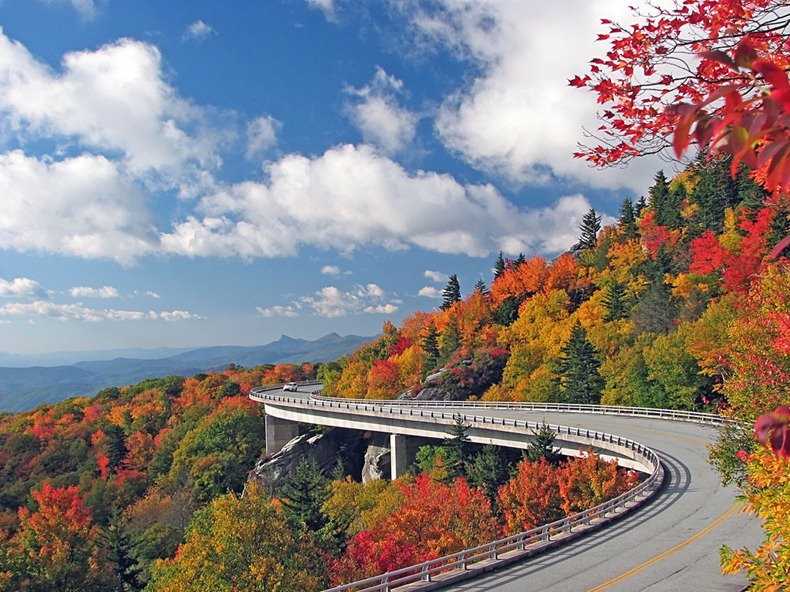