In the grasslands of southern Africa, there are thousands of circular barren patches of land called ‘fairy circles’. They grow between 2 meters to 15 meters in diameter, and occur amidst grassy vegetation, specifically in Namibia. But they are also present in Angola and South Africa.
The circles are found in a band about 160 km inland, stretching south from Angola for about 2,400 km. Located in a remote and inhospitable stretch of land that is over a hundred miles from the nearest village. The circles have been studied since they were reported on in 1971, but no conclusive evidence of their cause has been found. 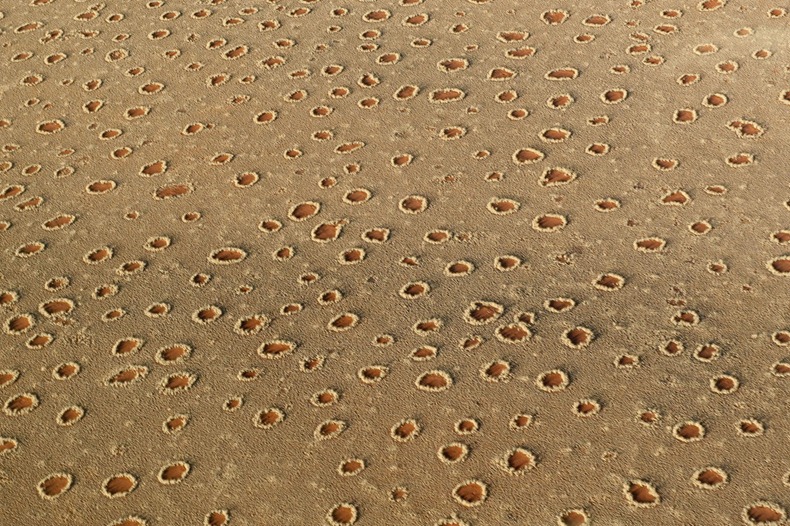