Sigiriya or Lion Rock, in Sinhalese, is located in the central Matale District of the Central Province, Sri Lanka in an area dominated by a massive column of rock nearly 200 meters high. At the summit of the rock is the fortified palace built by King Kasyapa (477 – 495 AD), son of Dhatusena, who came to power after he engineered the assassination of his father and seized the throne which rightfully belonged to his brother Mogallana. Fearing the vengeance of the brother, Kasyapa had a fortified palace built on the rock of Sigiriya which was reputed to be impregnable. The rock is surrounded by two wide moats, where crocodiles were introduced. During the eleven years that Kasyapa resided in Sigiriya, he created a residence of exceptional splendor and founded his capital there, impressive vestiges of which are still visible today. Mogallana finally arrived and declared war on the King. After a short but cruel battle in 495, Kasyapa committed suicide by cutting his own throat. Moggallana returned the capital to its original location Anuradapura, and converted Sigiriya into a monastery complex. 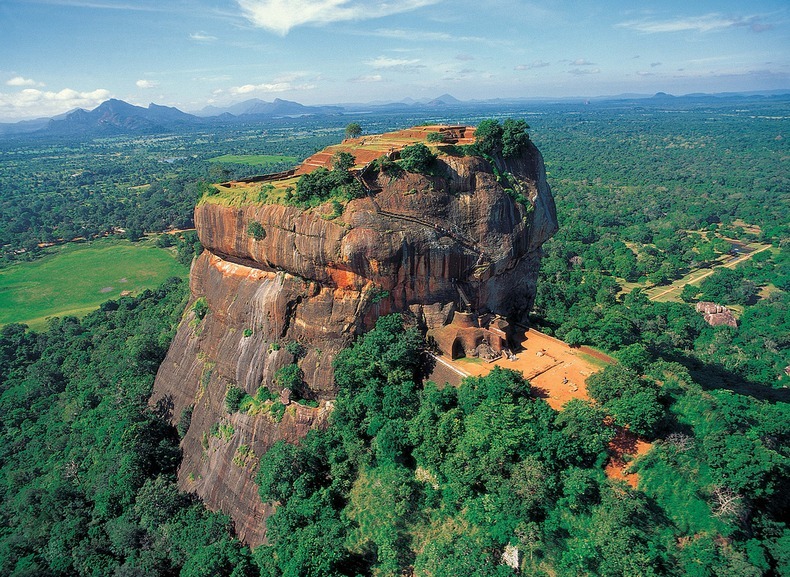