Back in the year 2000, a 1,003 kilogram (2,211 lbs) meteorite was discovered near Fukang, a city located in the northwestern region of Xinjiang, China. Named the ‘Fukang meteorite‘, it was identified as a pallasite, a type of stony–iron meteorite, with striking olivine crystals throughout.
Pallasites are extremely rare even among meteorites (only about 1% of all meteorites are this type) and Fukang has been hailed as one of the greatest meteorite discoveries of the 21st century. 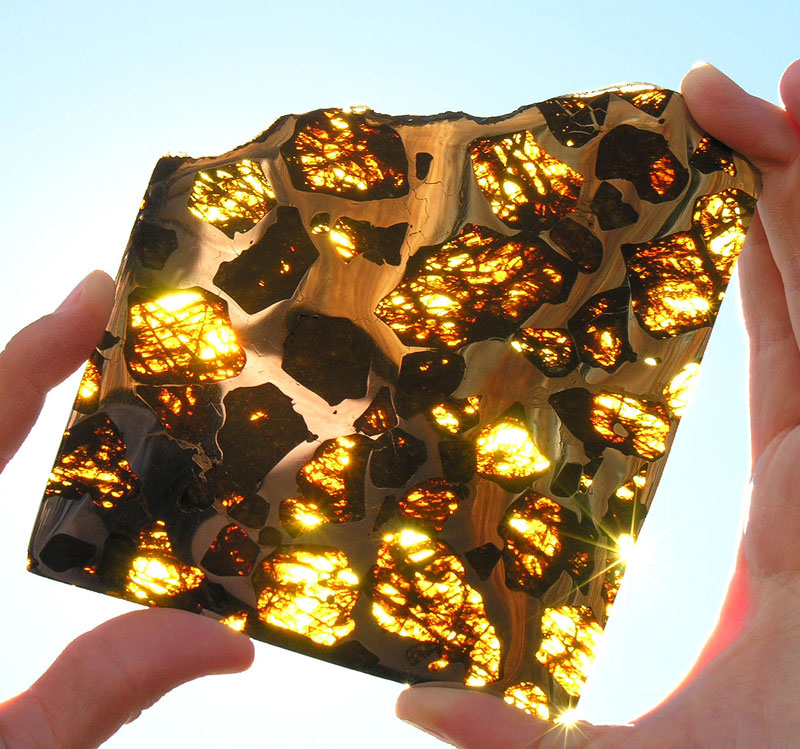