In a special wing at the Art Institute of Chicago, and in the Phoenix Art Museum, are several exhibits of incredibly detailed miniature rooms. Painstakingly constructed on a scale of one inch to one foot, these rooms faithfully depict the architecture and interior design of actual rooms found in the United States, Asia and Europe during the late 13th century to the early 20th century. The rooms were conceived, designed, and in large part created by Narcissa Niblack Thorne (1882-1966). An Indiana native, Thorne began to collect miniature furniture and household accessories during her travels to Europe and the Far East. Impressed with the period rooms she encountered in major museums, beginning in 1930, Thorne began commissioning master craftsmen and artisans to build interiors to hold her growing collection of miniature objects. Many of the rooms even contain period-style rugs Thorne had woven specifically for each space. 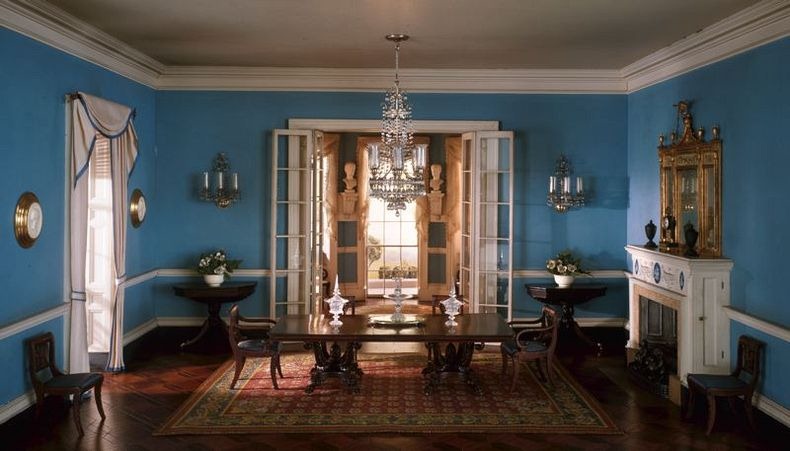