THE WHITE TOWNS OF ANDALUSIA

In southern Spain, in the autonomous community of Andalusia, between the Atlantic in the west and the Mediterranean in the east, lies some of the prettiest towns in Spain - perfectly whitewashed with red and brown tiled roofs, narrow, winding, cobblestone streets, and ornate churches atop cliffs and river gorges, and all offering rolling views of the hills below. These are the famous ‘White Towns of Andalusia’, or Pueblos Blancos. The towns are located the northern part of the provinces of Cádiz and Málaga in southern Spain, mostly within the Sierra de Grazalema Natural Park. 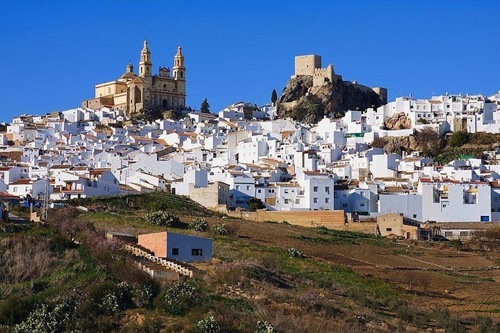 Full post: THE WHITE TOWNS OF ANDALUSIA
Email ThisBlogThis!Share to TwitterShare to FacebookShare to Pinterest
Posted in: Cities, Travel