Loktak Lake is the largest freshwater lake in northeast India, also called the only Floating lake in the world due to the large amount of floating phumdis on its surface. Phumdis are heterogeneous mass of vegetation, soil, and organic matters at various stages of decomposition that has been thickened into a solid form. They cover a substantial part of the lake area. The largest single mass of phumdi is in the southeastern part of the lake, covering an area of 40 square kilometer. This mass constitutes the world’s largest and the only floating park, named Keibul Lamjao National Park, that is home to the endangered Brow-antlered Deer also called Sangai in the Manipuri language, indigenous to this area. 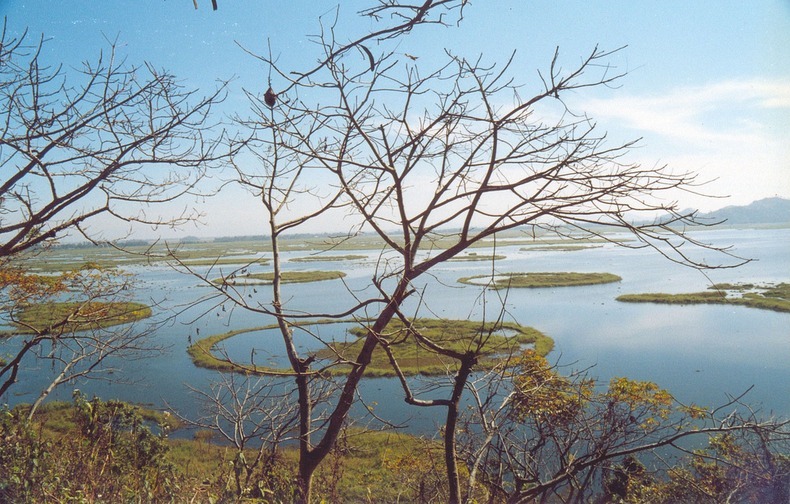