Fujian Tulou is a collection of earthen houses, impenetrable by outsiders, built between the 12th and the 20th centuries, located in the mountainous areas in southeastern Fujian, China. A tulou is usually large, several storeys high, and built along an inward-looking, circular or square floor plan. The doughnut shaped house has a central open courtyard and can house up to 800 people or 80 families each. The outside wall is a solid block served by only one entrance, and windows to the outside are located only above the first floor. Tulous were built for defense against armed bandits that plagued southern China from the 12th century to 19th century. The people of southern Fujian first built strongholds on top of mountains as a defense. These early strongholds later evolved into Fujian Tulou. 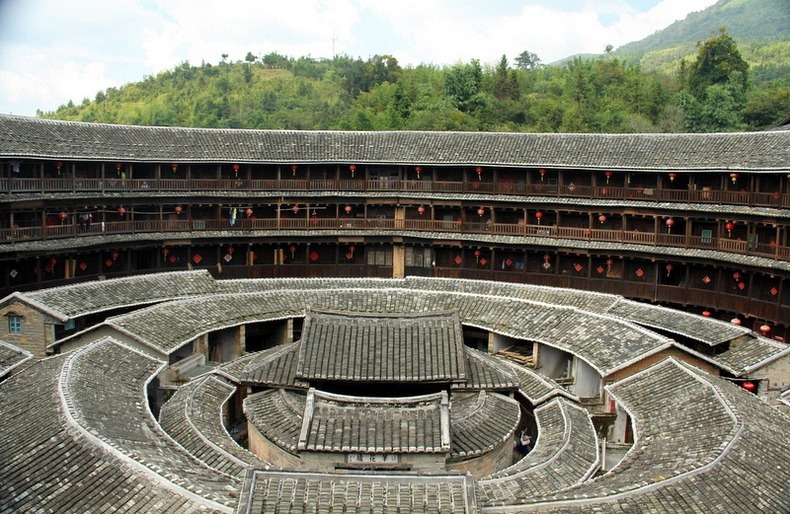