Al-Warqaa is a sculpture created by artist Adel Abidin. Currently based in Helsinki, the Iraqi artist says the piece was "inspired by Ibn Sina’s poem (Avicenna) where he makes an analogy between ‘soul’ and ‘dove’ by comparing the journey of the soul with the flight of a dove." The piece was commissioned by United Arab Emirates-based Barjeel Art Foundation and was recently exhibited as part of Dubai's 2013 Art Week. It was developed by the artist in response to an event that took place in March, 2012, where at least 90 Iraqi students with 'emo' appearances were stoned to death by religious extremists in Baghdad. 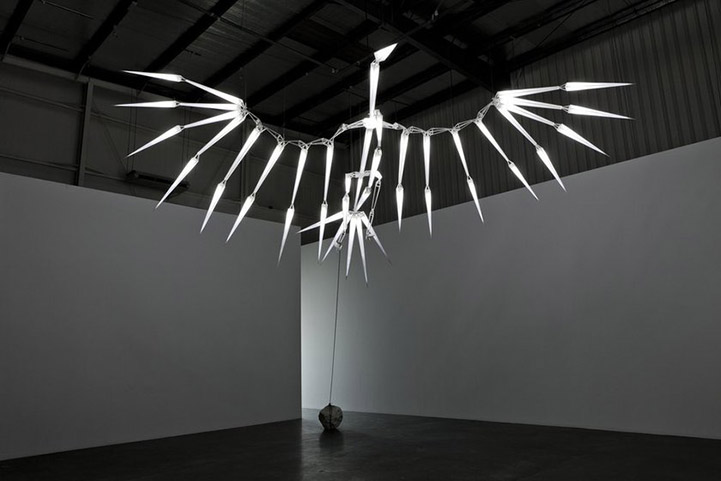