Larung Gar Buddhist Academy, also known as Serthar Buddhist Institute, sits in the Larung Valley at an elevation of 4,000 meters, about 15 km from the town Sêrtar, in Sertar County, Garze Prefecture in the traditional Tibetan region of Kham. The academy was founded in 1980 in an entirely uninhabited valley by Jigme Phuntsok, an influential lama of the Nyingma tradition. Despite its remote location, Larung Gar grew from a handful of disciples to be one of the largest and most influential centers for the study of Tibetan Buddhism in the world. Today it is home to over 40,000 monks, nuns and lay-students. 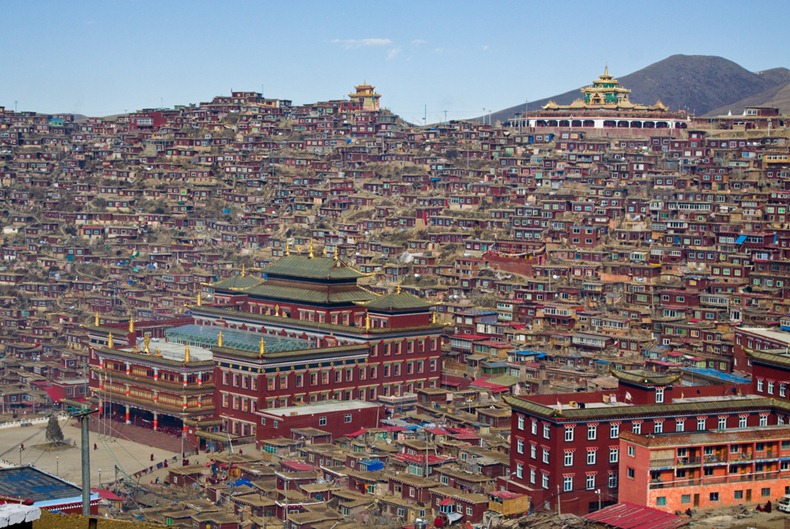