Imagine 96,000 acres of forest, then swap out the trees in your mind’s eye for huge karst formations, some of which formed at least 270 million years ago, and that “stone forest” is Shilin in China. Since the Ming Dynasty in 1368-1644 AD, the collections of intricate karst formations and landscapes at Shilin Stone Forest have “bewitched” people; the site became known as the ‘First Wonder of the World,’ according to the China Travel Guide. South China Karst is not one Stone Forest, but made up of many such individual landscapes of all sizes. In fact, UNESCO says South China Karst has “outstanding universal value” and named two smaller stone forests, Naigu Stone Forest and Suogeyi Village, both as UNESCO World Heritage Sites. Here’s a look at Shilin Stone 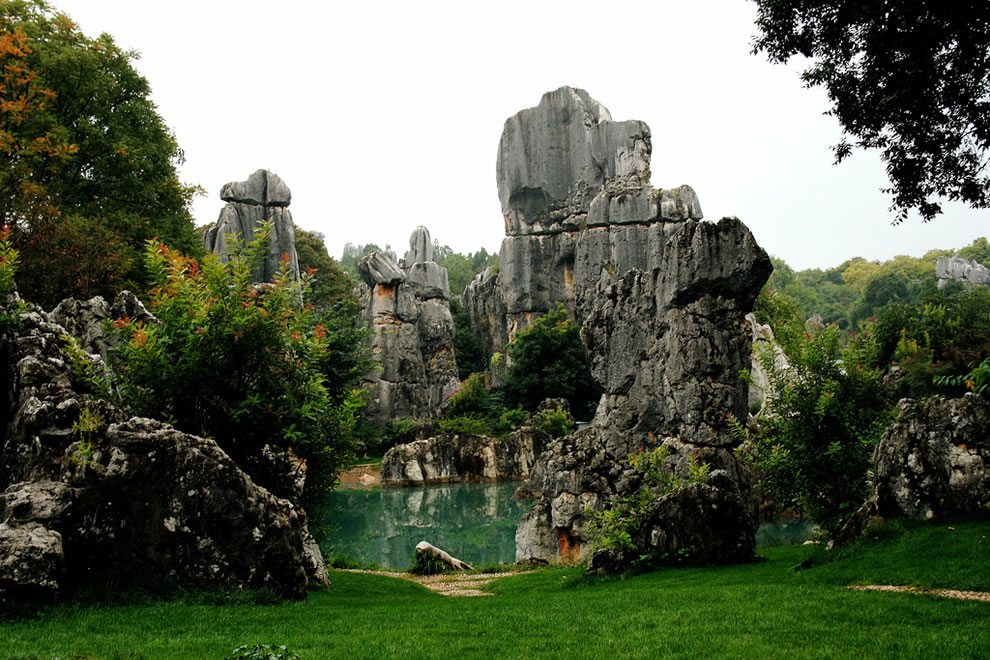