About 8.7 million years ago in what is north central Mexico, a pair of tectonic plates converged.  One was forced under the other and sank in to the mantle of the Earth. The resulting volcanic activity formed a dacite rock which, after hardening, eventually forced itself through as a solid plug to the surface. This subduction zone activity created Peña de Bernal which has, you could say, weathered the passing time remarkably well. It has recently been declared the tallest monolith on Earth. 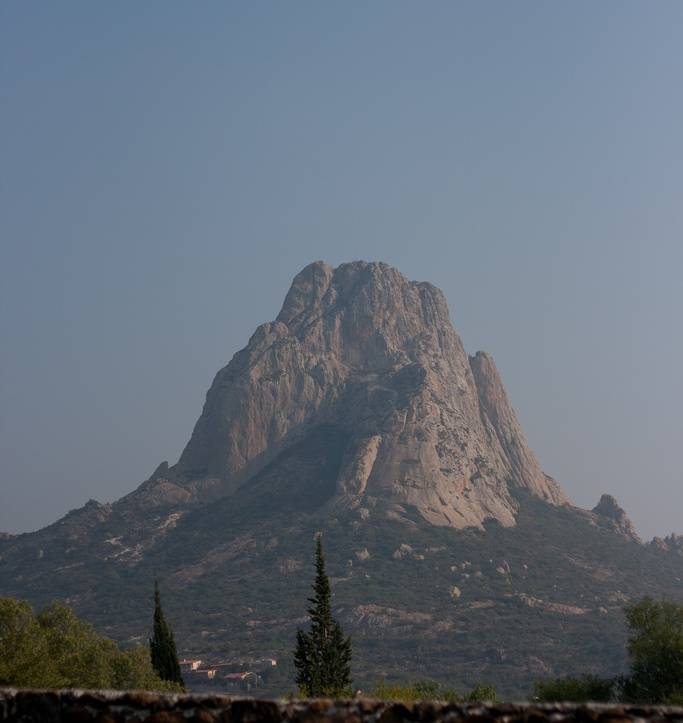