Wood is a distinctive part of Russia's architectural heritage, especially in traditional villages in the North of Russia. For over a thousand years, until the 18th century, everything was made from wood including houses, barns, mills, princely palaces and of course, hundreds of churches. Starting from simple dome like structures, wooden architecture in Russia reached a degree of splendor to the point that some of these religious complexes were designed as fortresses of great beauty. The traditional wooden churches of the Russian North are particularly interesting. Working without hammer and nails, carpenters constructed such bizarre structures as the 24-domed Intercession Church at Vytegra (built 1708, burnt down 1963) and the 22-domed Transfiguration Church at Kizhi (built 1714), that still stand today. 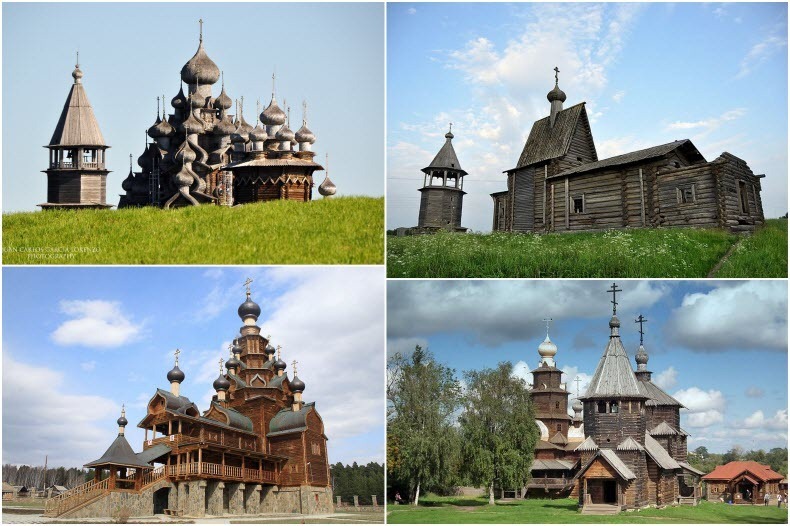