Top 15 of the Most Beautiful Crater Lakes in the World

A crater lake is a lake that forms in a volcanic crater or caldera, such as a maar; less commonly and with lower association to the term a lake may form in an impact crater caused by a meteorite, or in an artificial explosion caused by humans. Sometimes lakes which form inside calderas are called caldera lakes, but often this distinction is not made. Crater lakes covering active (fumarolic) volcanic vents are sometimes known as volcanic lakes, and the water within them is often acidic, saturated with volcanic gases, and cloudy with a strong greenish color. Lakes located in dormant or extinct volcanoes tend to have fresh water, and the water clarity in such lakes can be exceptional due to the lack of inflowing streams and sediment. 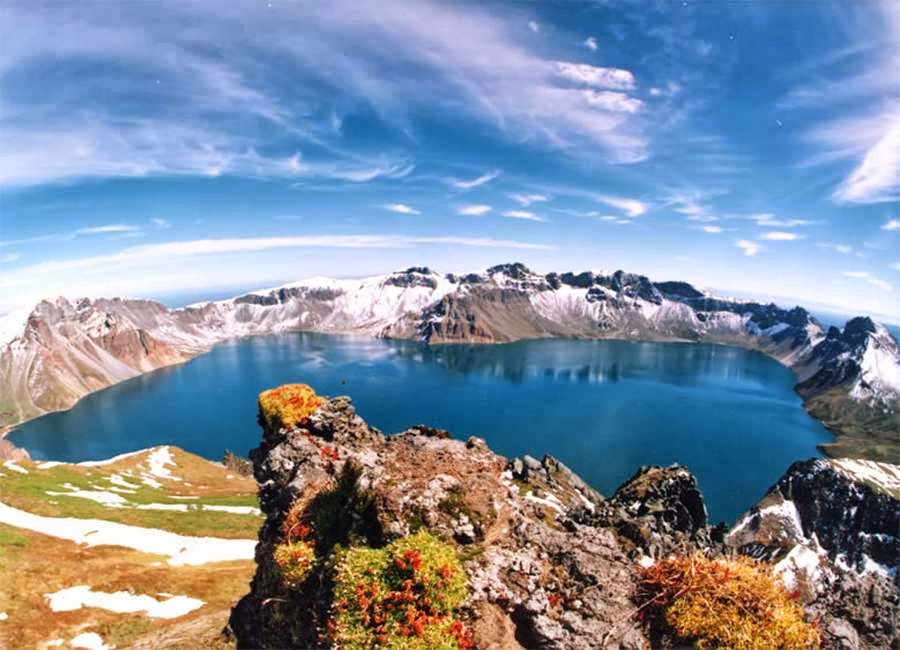 Full post: Top 15 of the Most Beautiful Crater Lakes in the World
Email ThisBlogThis!Share to TwitterShare to FacebookShare to Pinterest
Posted in: Lakes and Rivers, Nature