In the far north of Quebec, a province in Canada, lies an exceptional natural wonder – a circular lake of blue waters confined within the walls of an ancient but well-preserved meteorite crater. Largely unknown to the outside world, the lake-filled crater had long been known to local Inuit who knew it as the "Crystal Eye of Nunavik" for its clear water. The lake was first observed by the crew of a United States Army Air Force plane in June 1943, who used the lake’s unusual shape and color for navigation, but pictures of it weren’t made public until 1950. 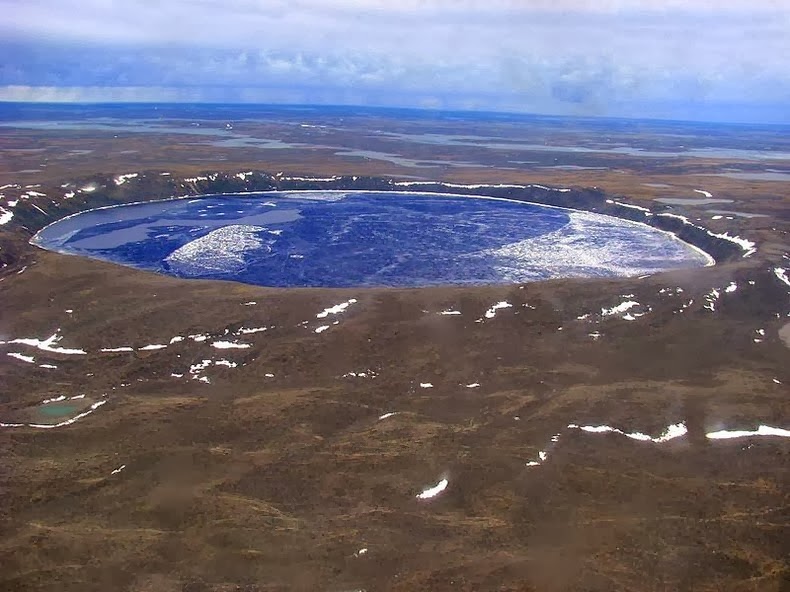