The Towers of Kaiping

Throughout Kaiping County in China, are scattered hundreds of fortified multi-storey towers called Diaolou. Built of stone, brick or concrete, these buildings represent a complex and flamboyant fusion between Chinese and Western architectural styles. During the Qing Dynasty of late 19th and early 20th centuries, these buildings were used as temporary refuge by several families or residential towers by individual rich families and as fortified residences, and watch towers. During the 1920s and 1930s, there were more than three thousand of these structures. Today, approximately 1,833 Diaolou remain standing in Kaiping, and approximately 500 in Taishan. 20 of the most symbolic ones are inscribed on UNESCO’s World Heritage List. 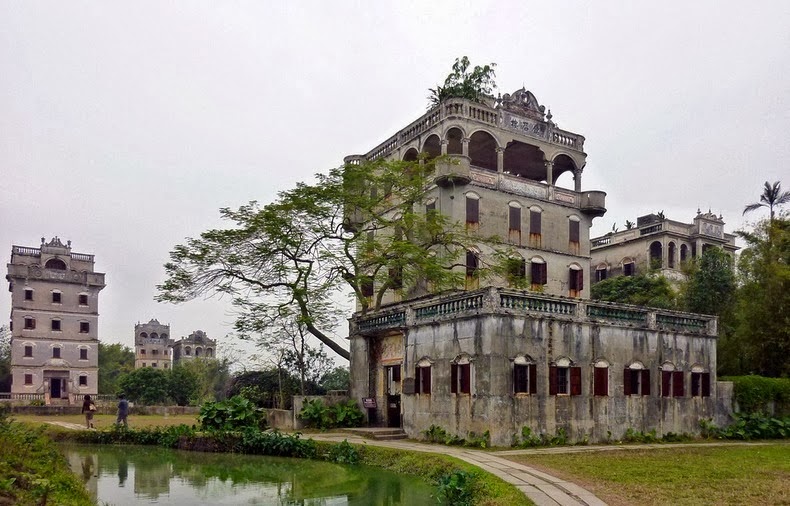 Full post: The Towers of Kaiping
Email ThisBlogThis!Share to TwitterShare to FacebookShare to Pinterest
Posted in: Countries, Travel