The Bracken Bat Cave, located in southern Comal County, Texas, outside the city of San Antonio, is the summer home to the largest colony of bats in the world. Each year during summer, an estimated 20 million Mexican Free-tailed bats migrate from Mexico to Texas to give birth and raise their pups. While these bats take refuge all across the state, the largest congregation takes place at Bracken Cave. 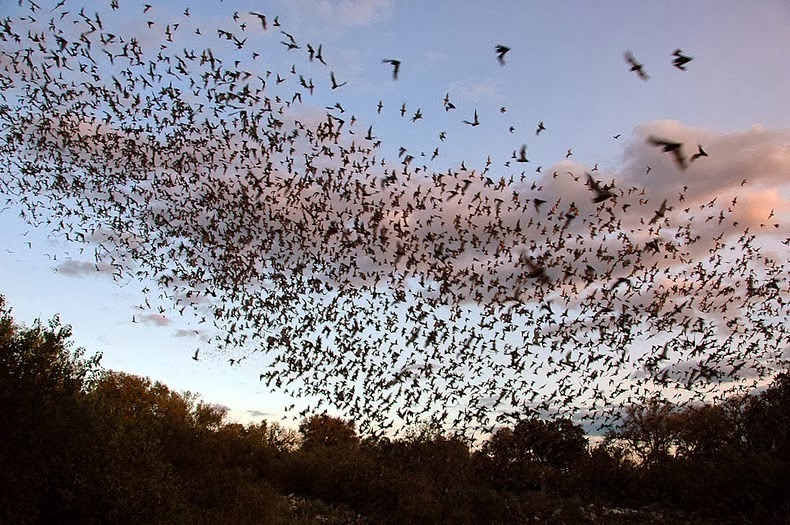