An ancient city made of intricately carved stone sits silent at the bottom of a lake, a replica of Paris complete with an Eiffel Tower is eerily empty, and a city leveled by disaster has been cordoned off indefinitely as a memorial to those who were lost. China might just be home to more ghost cities than any other nation on earth, and most of them are of the modern variety, as the push for economic progress has led developers to get a bit ahead of themselves constructing vast communities, malls and amusement parks that never caught on with the public. 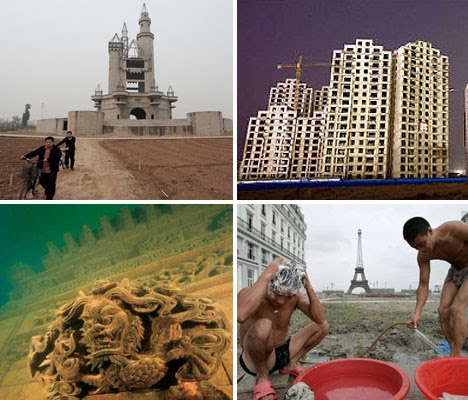