Haiku Stairs of Hawaii: The Stairway to Heaven

The Haiku Stairs, also known as the Stairway to Heaven, is a series of approximately 4,000 concrete steps that climbs 2800 feet from the Valley of Haiku to the cloud-covered peak of Pu'u Keahi A Kahoe, in Hawaii. The steps were originally made of wood and were installed in 1942 so that the U.S. military could string antenna cables from one side of the cliffs to the other for low frequency radio communication. They were later replaced by concrete in the 1950s after the Naval base was decommissioned and the United States Coast Guard took over the site for their Omega Navigation System. 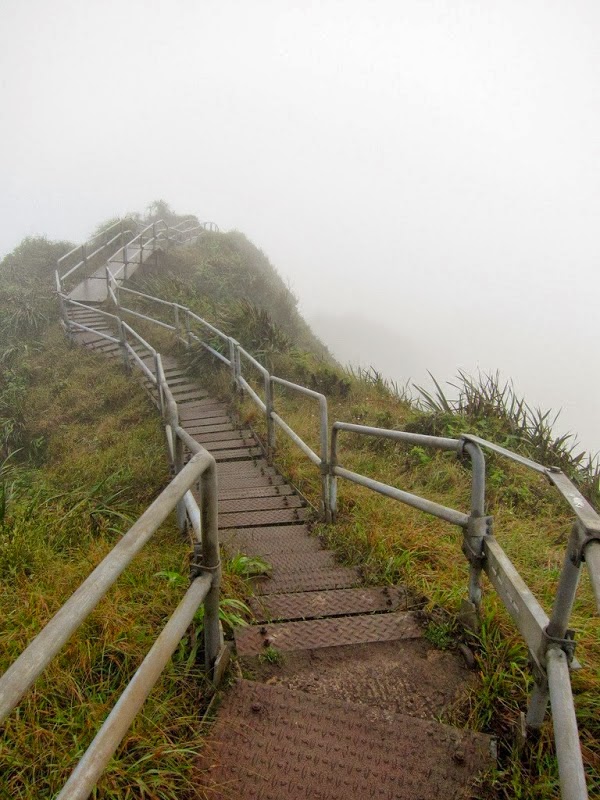 Full post: Haiku Stairs of Hawaii: The Stairway to Heaven
Email ThisBlogThis!Share to TwitterShare to FacebookShare to Pinterest
Posted in: Adventure, Travel