This is not a polar bear which has decided to migrate to warmer climes.
This is a remarkable sub-species of the North American Black Bear. It is the Kermode Bearr - also known as the spirit bear.
Living along the shorelines and central interior of British Columbia on the west coast of Canada, around ten percent of Kermode bears have white or creamy coats. They are revered among the native peoples of the province. 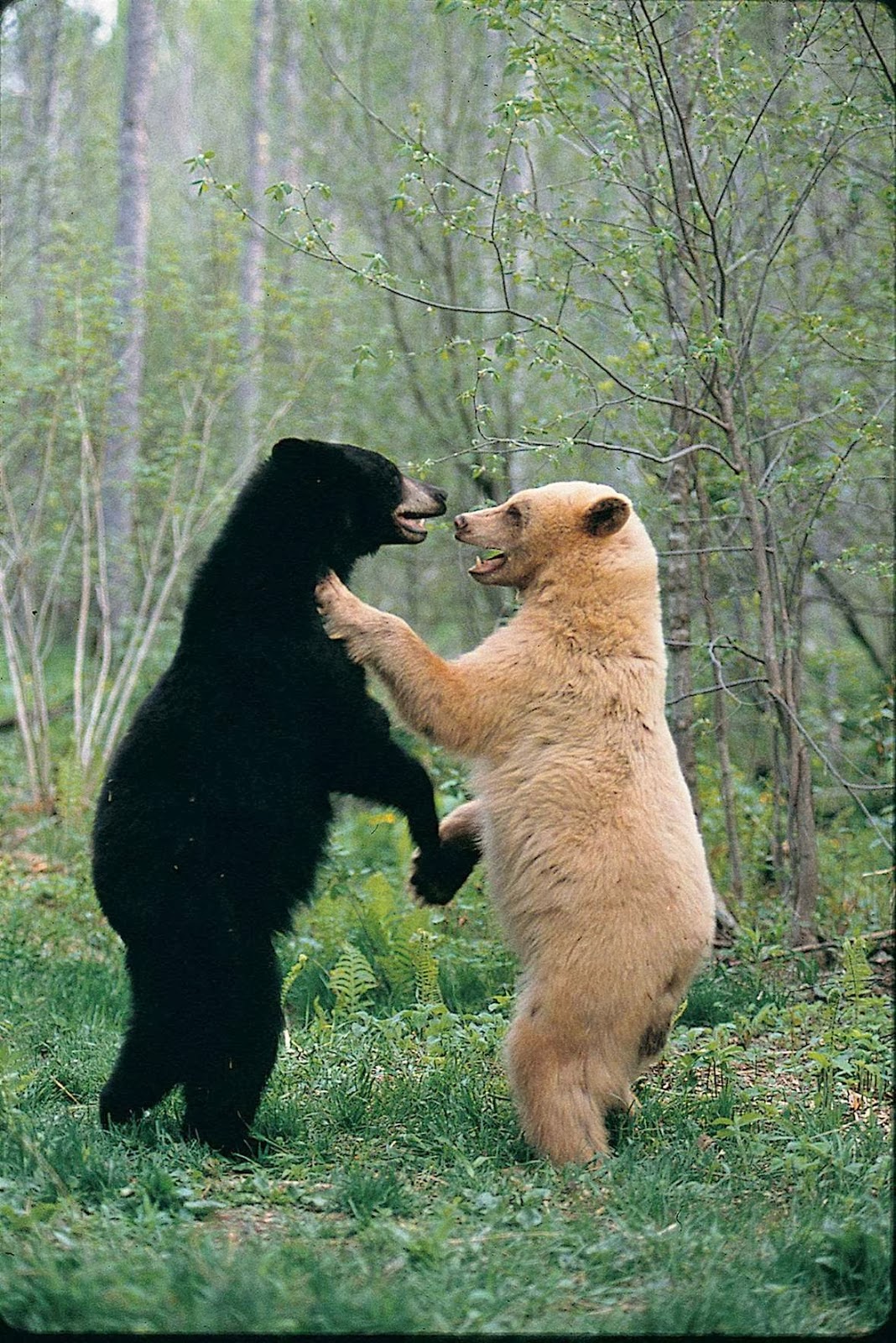