Ancient Greek architecture is most popular for its temples. This type of architecture was produced by the Hellenic people whose culture thrived on Mainland Greece, the Aegean Islands and in colonies in the Asia Minor between 900 BC and 1st century A.D. Buildings and temples built during this era were characterized by their highly formal structures and decorations. Most of them looked like buildings elevated on the ground such that the proportions and the effects of light on its surfaces could be viewed at all angles. Public buildings and domestic buildings built at the time were best known for their columns and lintels, entablatures and pediments, masonry bases and spanned doors and windows. Here is a list of 25 influential pieces of Ancient Greek Architecture: 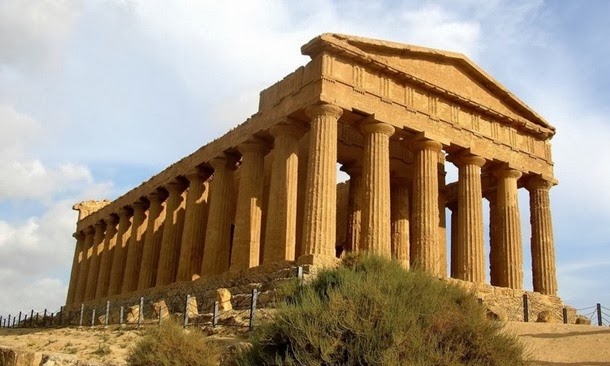